The town of Claremorris is fast becoming a green hub for the West of Ireland.
As far back as 2015, local residents began promoting greater usage of renewable energy across the region, through the creation of the Claremorris and Western District Energy Co-Operative Society.
Bringing fresh and creative solutions to age old problems, the Coop embarked on the development of an ‘anaerobic digester’ to demonstrate the ease with which energy could be created from waste products.
Developed in conjunction with Gas Networks Ireland, the ‘digester’ was put on display at agricultural fairs and schools across the region.  The photo shows JP Prendergast, Chairperson and Duncan Stuart talking to the children at Logboy National school about the benefits of anaerobic digestion.
This was followed by an altogether more ambitious initiative to create a new district heating system for the town and its environs, based on renewable energy sources. The highly-innovative project would see heat supplied to premises and buildings in Claremorris, from a centralised source.
It would deliver a range of environmental and economic benefits to the town, including lower cost heating, new job opportunities and a new market for suppliers of waste and renewable fuel products.
The Co-op, now a community member of Community Power, have obtained planning permission and grid connection for two community owned solar farms in Claremorris totalling 8mwh of renewable electricity. Enough to Power 2000 homes.  The Co-Op is creating a local heatwave!
The financial support to develop the project was secured from the Local Enterprise Office, but bridging finance was required to draw down the grant.  Clann Credo was delighted to provide the bridging loan and ensure this transformative local project was brought to fruition.

“The highly-innovative project would see heat supplied to premises and buildings in Claremorris, from a centralised source.“ 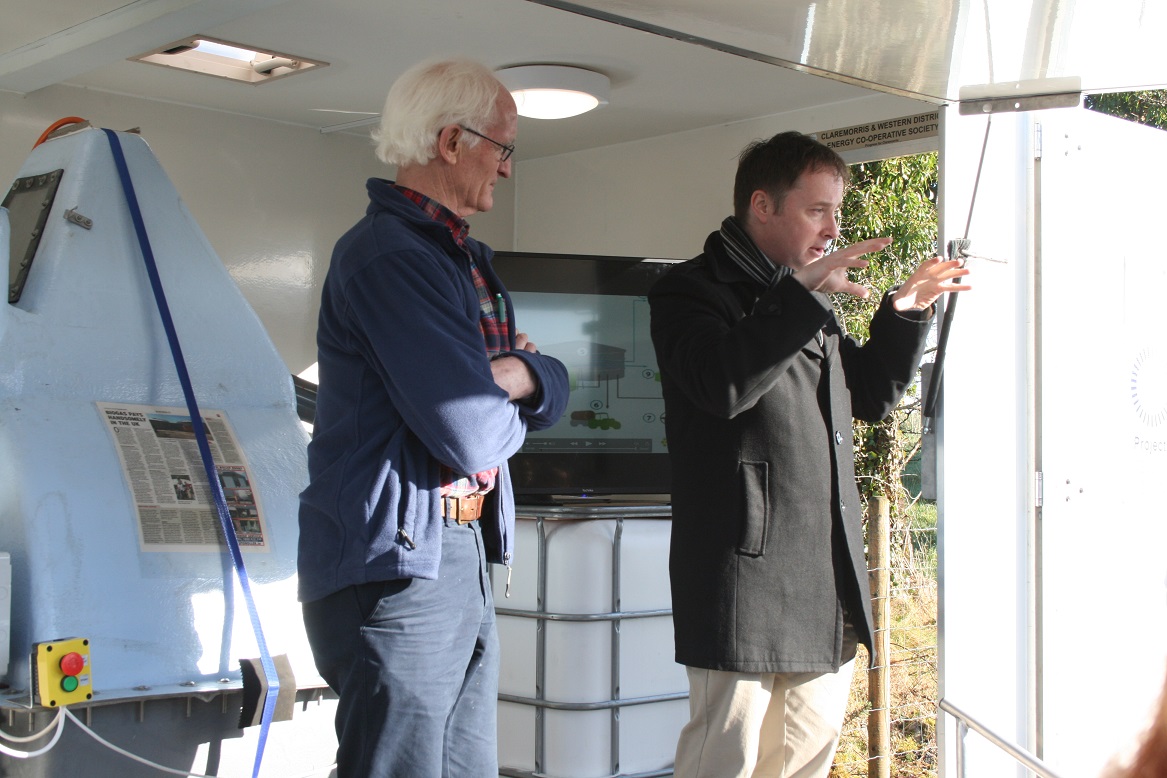